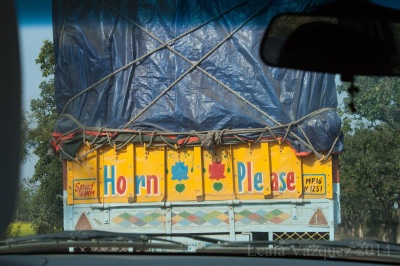 After visiting Khajuraho we visited Orchha enroute to Agra.
It was of course another long car ride with lots to see on the way. Everything and their mother is on the road and in some cases coming toward us like the cow and bike below. I am thankful that I do not have to drive in India.

One piece of fashion that you rarely see in the US but is still intensely popular in India (in the winter) is the men’s sweater vest. 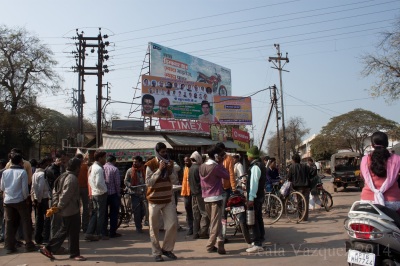 Old structures are scattered throughout this region.

Our drive took us past this small village on the way to our next destination. 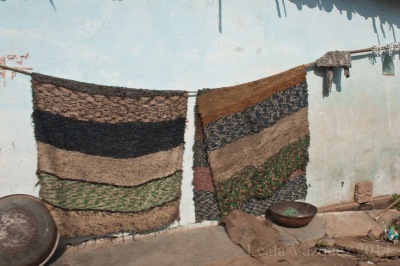 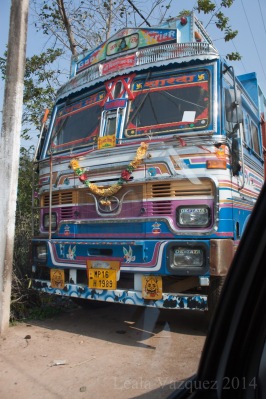 We ran into this group of kids on the way. The driver told us that they play music and the kids follow the truck to church. I guess that is a creative way to get kids to go to church. 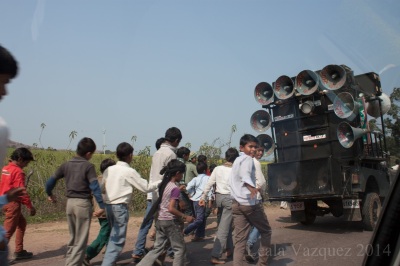 Eventually we arrive in the ancient city of Orchha.

Our exploration begins with the pricey admission to Orchha Palace or Jahangir Mahal. This is one of the spots that on top of the admission fee, you must also pay extra if you like to take your own camera in.
Jahangir Mahal is another great place to see Mughal architecture. The structure is in good condition but cosmetically it has not been maintained. Still you can catch a glimpse of how magnificant it must have once been as you walk around the palace. 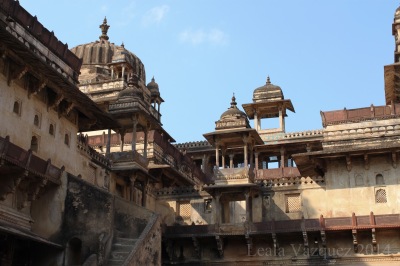 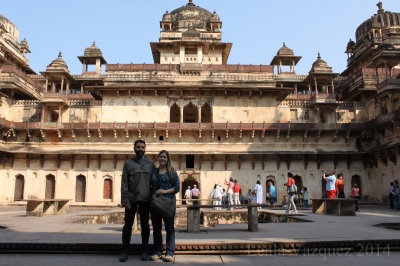 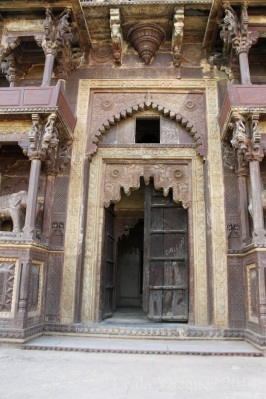 Just like most Islamic art symbols are used primarily in the decor. 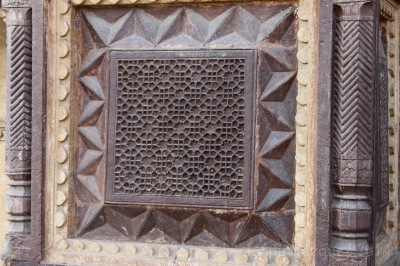 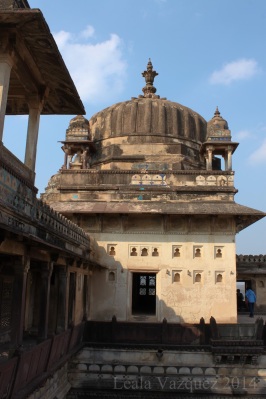 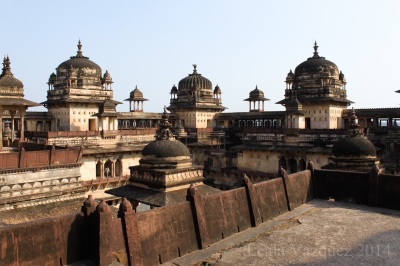 Off in the distance you can see more Orchha buildings. 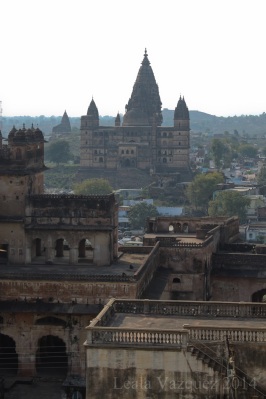 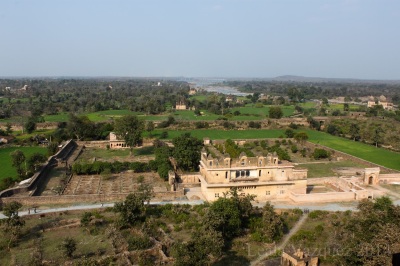 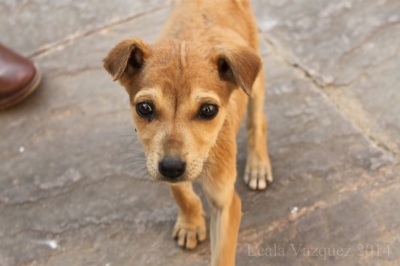 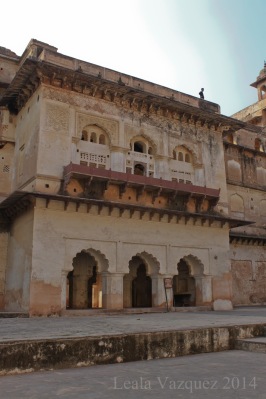 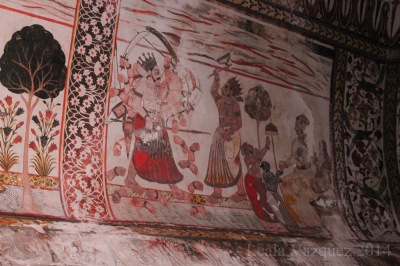 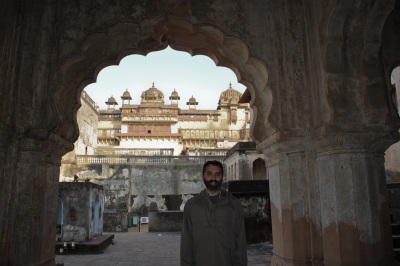 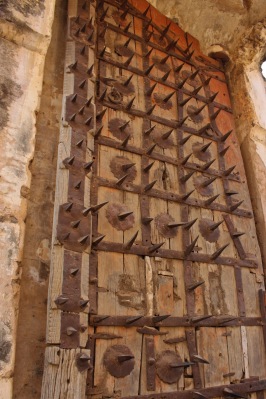 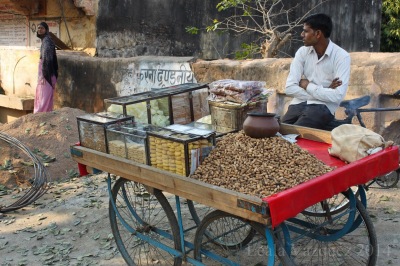 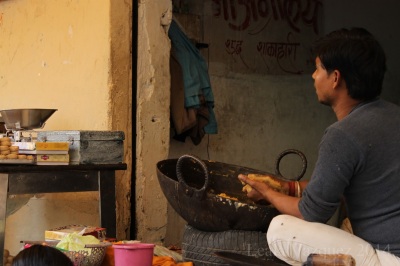 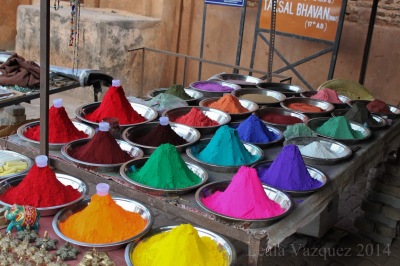 Along the Betwa river is a collection of old chhatries or moments to respect older rulers. Some are not very well maintained but they do give you an eerie calm feeling as you walk about them near the water. I think it may have to do with it being the least crowded place we visited in India. 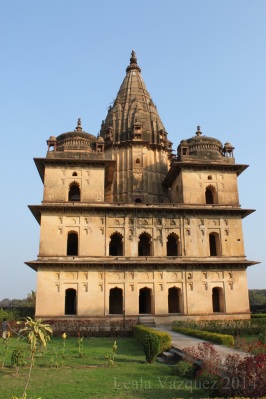 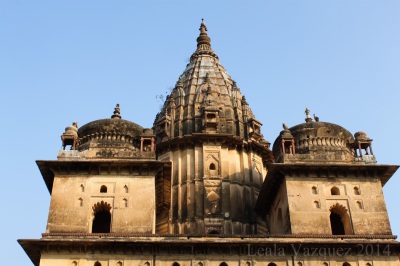 Of all the places we visited in India, Orchha was the most pleasant. We were very rarely harassed there. I think they don’t get as much tourism so have not become as dependent on it like other communities. What ever the reason, it was a pleasant visit. I wish we would have chose to spend a night in this calm city.