A beautiful day in Paris August 2010. 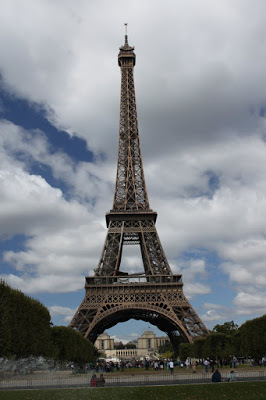 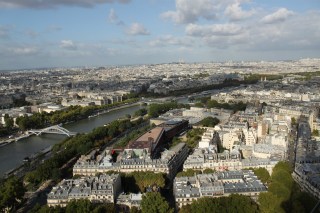 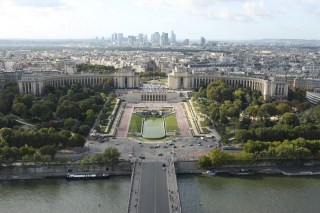 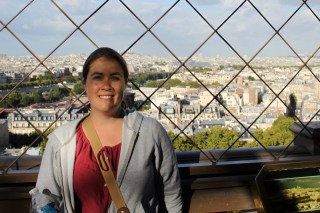 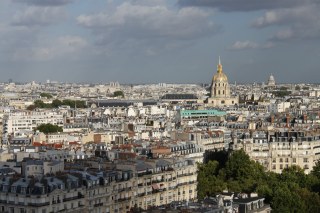 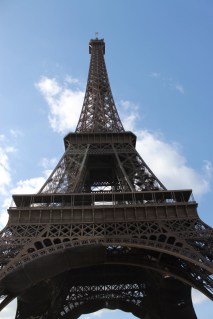 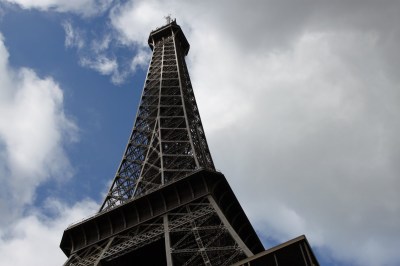 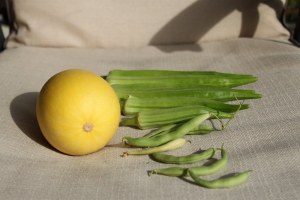 I am going to rename my garden the okra and tomato garden since that is all that will grow right now and the tomato part is a stretch since they have yet to fully ripe. The garden overall is not doing well. Problem number one is the nasty Florida heat. Plants burn to death during the day in the direct sun. Problem number two is lack of or too much water. I can’t seem to get the watering correct, things either dry out or get too much water which leads to a moldy death. Problem number three is I went away to California last week and wasn’t keeping a close eye on things. I had my husband looking over the garden but it isn’t the same and to his defense, much was already dead before I left.
I had high hopes of a late summer of zucchini and summer squash, but they have all died. I think their demise is the result of mold and possibly a pest such as the vine borer. The garden has produced one summer squash and one spaghetti squash (see pic above) before the collapse of the squash empire. Next season I plan to use insecticidal soap or the equivalent and see if I get different results (I used nothing this time).
The bean empire is also slowly collapsing. I attribute their death to lack of sun due to the okra shading the whole bean square and the lack of timely harvesting. To keep beans in constant production, you are supposed to harvest frequently. I have been neglecting them. The harvest you see in the picture above is probably the part of the last group unless I am lucky.
Okra on the other hand is doing magnificently. This figures since I don’t really care for okra and didnt really care if it grew. I did learn today that the extremely large okra that I harvested is practically inedible. It is supposed to be harvested while young or it gets woody.
On a positive note, there is still hope for the cherry and juliet tomatoes. I have seemed to keep the catepillars and other pests at bay. I will keep you posted on those.
My visit to California reinforced my envy of their climate. They have half the problems we have here, at least in the San Diego area. The only downfall is the dryness and the fact that they are still waiting for tomatoes because of the unusually cold summer.
In the future, I have a trip planned to Provence. I cannot wait to view to lovely bounty produced there. My only hope is that my garden does not die while I am gone. My timing is pretty lousey for all this traveling if I wanted to produce a bountiful fall season. Wish me the best!