As part of our honeymoon tour package we stopped at the greek island of Crete. Crete is a rather large island and our sightseeing was concentrated in the city of Heraklion. We only got to see a small part but Crete was much less island vacation like than the islands of Santorini and Mykonos. However there was still plenty to see in Crete.

Upon arrival to our hotel, they gave us a honeymoon gift.

We also had a pretty nice view from our room.

While in Crete, we visited the ancient palace of Knossos. Knossos is an ancient Minoan civilization that is one of the oldest in European lands. We wandered around the grounds with its very well planned rooms and halls. Some has been reconstructed to look as it once might have. Fresh frescos have been painted (some of the originals exist in a nearby museum. 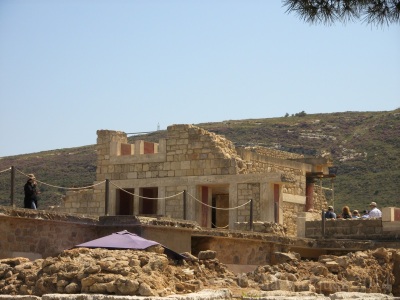 Taking a break from sightseeing we stopped in some local cafes in Heraklion. The city has a bustling cafe life. Many young people spend their afternoons and evenings at outdoor cafes. They either slowly sip an ouzo on ice or enjoy fancy coffee drinks. We made sure to carve out some time to participate in this as well.

Later we visited the archaeological museum. Archaeological Museum of Herakleion contains a large collection of Minoan art and artifacts. 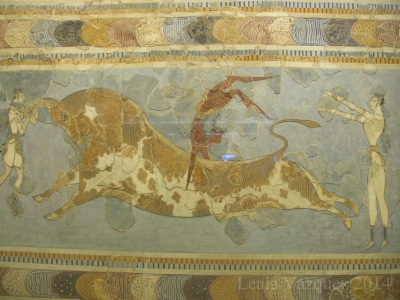 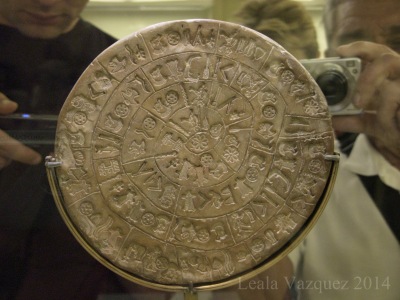 Museum visitation is exhausting. We took at break at a nice cafe. We ordered some snails and the restaurant was nice enough to give us a free dessert. 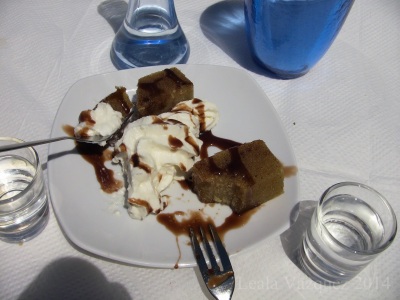 We finished our visit with the Koules Venetian fortress. This fort for some time served as a Turkish prison among other things. 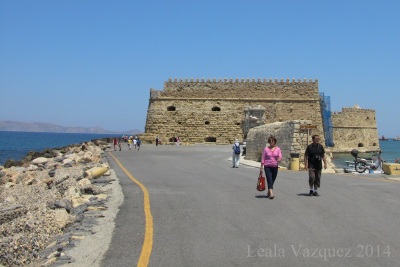