After our visit to the holy city of Varanasi we flew to  Khajuraho to learn about Jain religion and a whole other side of Hinduism.

This little bitty Spicejet plane we took to Khajuraho from Varanasi was one of the nicest forms of transportation that we experienced in India. The one hour flight was very comfortable. We were pretty much the only English speaking tourists on the plane. 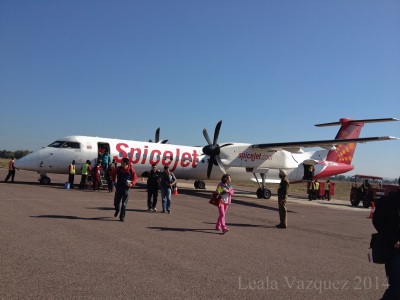 After our comfortable flight we had another long car ride to our hotel in Khajuraho. Everything in India is a long car ride away. The scenes on the way are quite like the pictures below. Most Indians are poor and have a very hard life. They lack what we would consider basic necessities like a toilet and sewage system. You will see many men relieving themselves on the side of the road (number 1 and number 2).  Visiting there was a very eye opening experience. We really don’t know how great we have it in the United States. 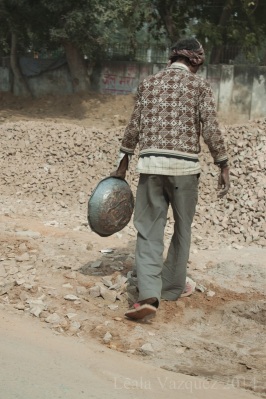 Also typical, cow dung is saved into round “plates” and used as burning fuel. 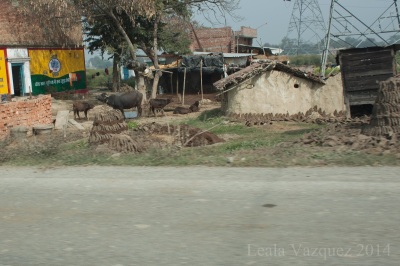 Soon we are back to the luxury of our 5 star hotel again since we are rich Americans. (Note: We are not really rich but nice hotels like these are cheap to stay at for us but unobtainable for most in India)

Our hotel overlooks the temples we are able to see later. 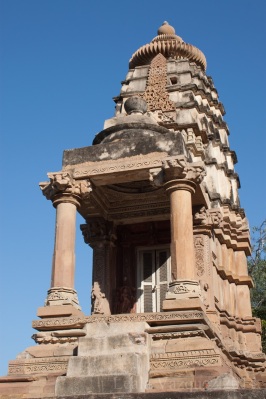 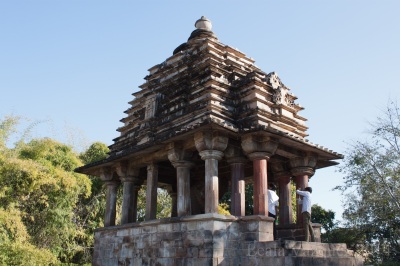 We then explored the other temples with all the detailed images. Each depiction had a story behind it. 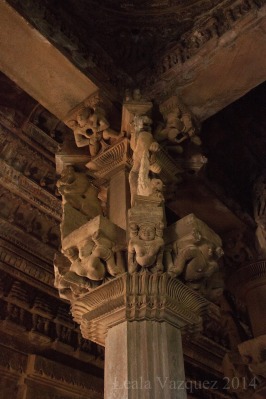 We then moved on to view the exterior of the other temples. We notice stories being played out in stone like the one below where a man looks like he is being torn apart.

And this very voluptuous woman. 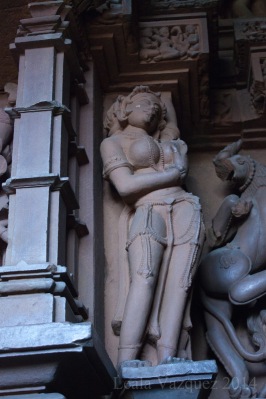 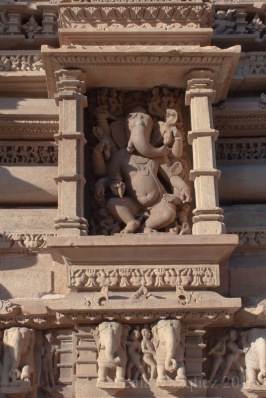 Scene after scene appears on the walls. 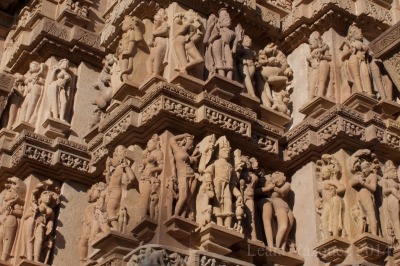 One of the smaller temples nearby. 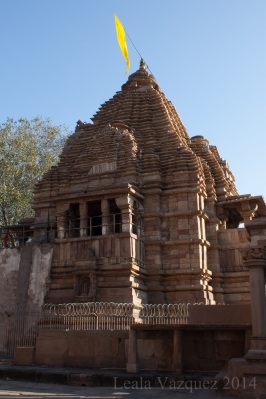 This lady is showing this little man or doctor the splinter in her foot.

The time of day was great to watch the sunlight drape over the temples. All in all it was a great day to visit. We did later visit a group of Jain temples but they were soon to close and we rushed through them. I unfortunately did not get any pictures. I will say that the Jain monks have very strict diets and a sect of them spend time naked. You can read more about it here. 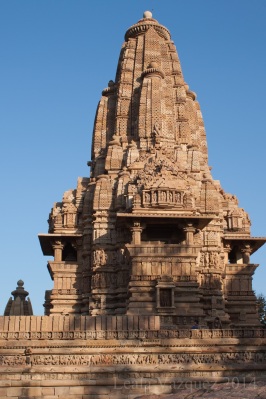 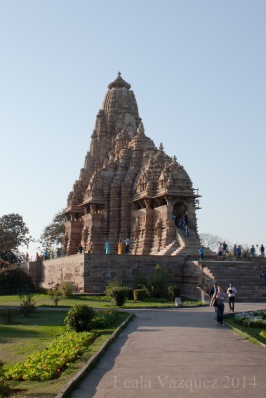 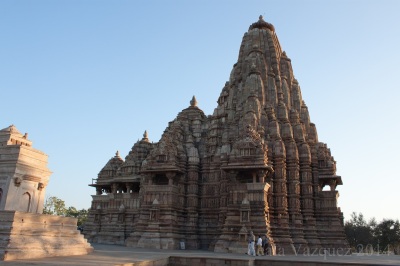 Later on that evening we returned for a light show of the temples.