The next day in Munich, while still fighting the cold, I force myself up to go sightseeing today.
Again this is the least planned trip I have ever taken but I see that there is a glockenspiel show coming up that I want to see. The glockenspiel is a clock that chimes at certain times of the day accompanied by dancing figurines. We arrive just in time for the show.

After watching the clock for a while we go up the tower for views of Munich. 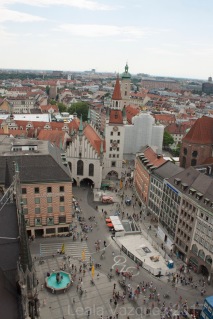 We didn’t spend too much time exploring the New Town Hall since it seemed more like a functional government building versus a tourist attraction but it did have some spectacular stain glass windows inside. 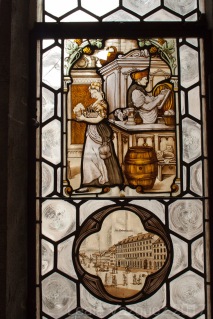 After spending a ton of time at Marienplatz we decided to move on an explore other parts of the city. At one point we ended up at this Michael Jackson Memorial.

We wandered our way around town heading toward the English Gardens which we visit next. 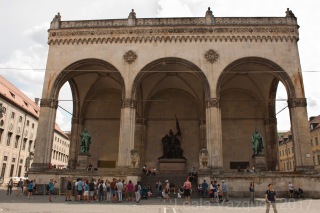 Later I will talk about the visit to the gardens.