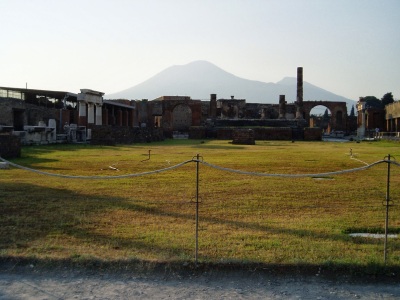 I woke up early in the morning to walk down to Amalfi. I took pictures while no one was around. I was able  to witness the town waking up and preparing for the day. The original plan is to go to isle of Capri. We discover that we miss the only morning ferry. We decide instead to make a visit to Pompeii.
After more train confusion, we finally arrive at Pompeii. Due to our original plan being the isle of Capri, we are both wearing sandals instead of walking shoes. It turned out to be a very poor idea. Pompeii was very rocky and rough. We spent most of the day tripping and slipping over rocks. At the end of the day, our feet changed in color from all the dust that they had collected.
Pompeii itself was amazing. I was in the understanding that Pompeii was a small village that happened to be destroyed by the eruption of nearby Mt Vesuvius. That was not the case, Pompeii was a large functioning city. While walking around, we witnessed well preserved frescoes, impressive cooking appliances, and modern day looking buildings that once served as bars. The baths were impressive also, the Romans loved their baths. In the building that held the baths, we saw stone covered bodies as a result of the volcanic eruption (You could even see the expression on their faces). My favorite part of the city was the brothel. The brothel had rooms that contained rock beds. Above the door of the rooms, scenes depicted the services that could be provided. Very interesting. Also amazing was the large faun house, and the olympic garden (contained a huge pool – perhaps olympic size?). We ran out of time and were not able to see it all. 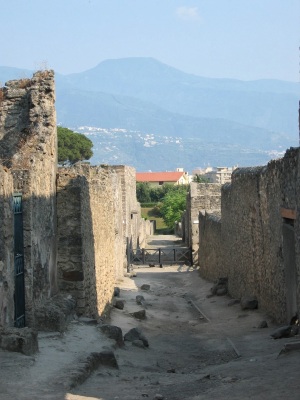 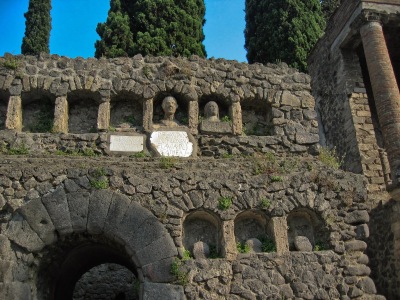 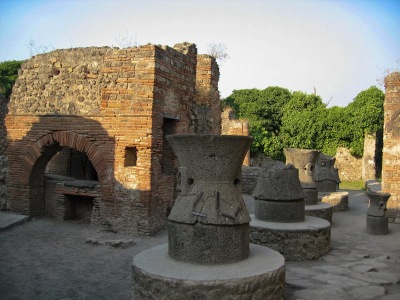 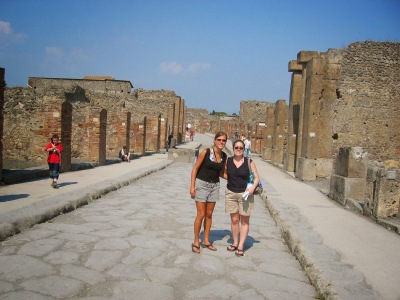 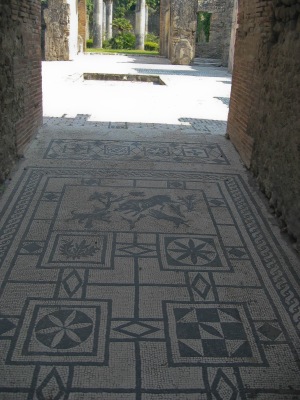 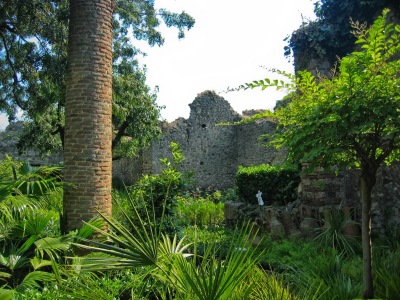 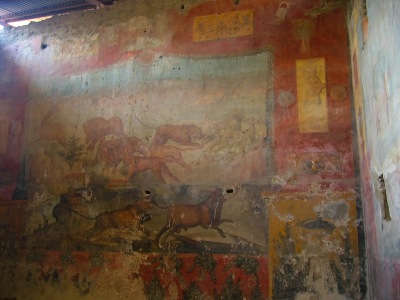 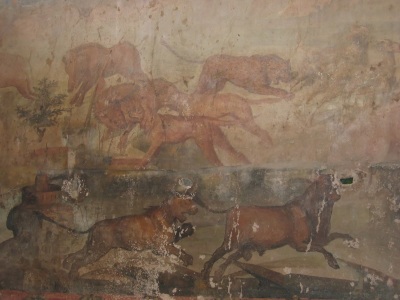 Note: This adventure was taken in July of 2004 with my friend Nikki. The account is from a journal entry from that trip.