For the first time I got to feel what it is like to get a PR (personal record) for a run. Race season is once more and I have been actively training for a number of races. The Disney Tower of Terror 10 miler is just one long run in a series of runs I will do this race season. Since I started distance runs in 2012, I have always striven to beat my time. Unfortunately I never quite could beat my time of my first half marathon. This past weekend I was able to finally beat all my pace records for distance running.

It started off that the weather gods were in my favor. We were expecting a cold front for the evening so the race would be slightly cooler than normal.

We had to arrive around 8:00 PM for the 10:00 PM race. I was chipper and eager to start my run then. Unfortunately I had to wait until 10:00 PM for the corrals to start their race. I posed below with my running buddies who have accompanied me at all my distance Disney races. They are much faster than me but always provide moral support. 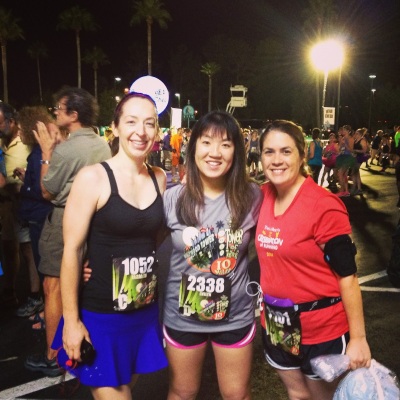 The run began for me approximately 10:20 PM since I was in a slower corral. It was a relatively uneventful run. I ran at my normal 5K pace for the first half of the race. That could of backfired and almost did since miles 6-8 proved a bit challenging for me. However I pushed through and finished strong.
The reward at the end was this interactive tower of terror medal (The elevator goes up and down).

Post race I was pretty beat since I pushed myself throughout. I almost puked up a banana that I ate too quickly. Later at home I finally figured out that is was my best time of all my distance races.
I had to compare it to both half-marathons and 15ks since I had no 10 milers in the past.

After our rest period we decided to take advantage of the rides that were open. Our first try at tower of terror had an hour wait. We decided to ride the Toy Story ride first (which had a 20 minute wait) and later returned to walk right on the Tower of Terror. It was so much fun to see my tower of terror medal float in the air as we fell.

See the tower of terror in the distance. 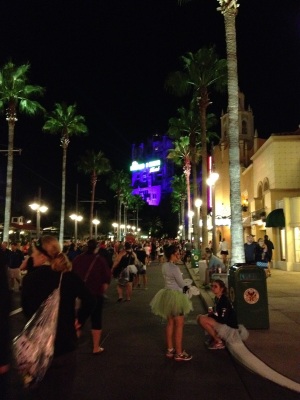 Since we got lucky we decided to try to ride the Aerosmith Rock n Rollercoaster. There was no wait for that one as well. We all got backstage passes from the band.

See the band in the recording studio. 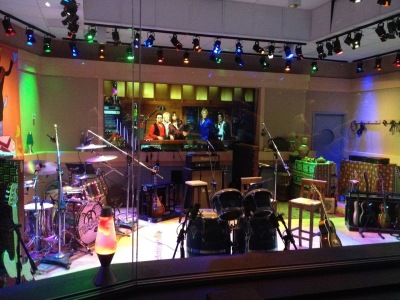 The night was successful but had to come to an end. We drove home and got to bed around 4:30 am. Since I fed the cats before bed they let me sleep in. I woke at 11 am tired and famished. I demanded food and we went to local restaurant for brunch. I decided I deserved a big bloody mary.

I also ordered chicken and waffles – something I never crave but did that day. I deserved it just this once!!! 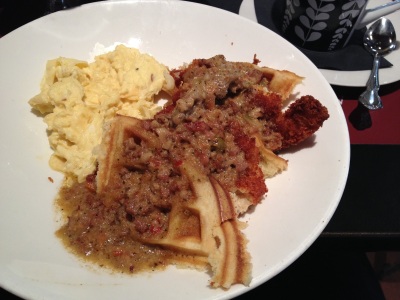 So there is my story of my PR. Will it end here? Probably not. I have another half-marathon in December that I need to PR. Plus I have a Ragnar team in February that is counting on me speeding up. Wish me luck!!!!